How do I simulate climate “tipping points” in En-ROADS? Print

A climate “tipping point” is a threshold where a small change causes a huge change in the Earth system—potentially irreversibly and abruptly. This makes tipping points a big concern as we face the threats presented by climate change. Some tipping points can make climate change even worse, although this isn’t the case for all the worrying tipping points discussed in the scientific literature.

In En-ROADS we have included several climate tipping points that are commonly brought up. The overall insight of the model is true for tipping points as well: the lower we keep temperature change, the lower the impacts and better it will be for people and all that we care about.

Based on the Intergovernmental Panel on Climate Change’s (IPCC) Sixth Assessment Report (AR6) Working Group I report (2021) and Armstrong McKay et al. (2022)’s comprehensive review of the latest tipping points research, we identified tipping points relevant to the scope of En-ROADS. For the purposes of En-ROADS, there are three impacts that we look at relating to tipping points: 1. Will it result in more global temperature change? 2. Will it impact sea level rise? 3. Could it occur before 2100? Other impacts like changes in forest cover or ocean circulation are significant impacts that could come from hitting a tipping point but are outside the scope of what En-ROADS covers.

Because of the large range of uncertainty surrounding the timing and consequences of these kinds of events, we do not assume tipping points will occur in the Baseline scenario in En-ROADS, but you can still explore the implications of several.

How do I simulate emissions from permafrost in En-ROADS?

What is permafrost?
Permafrost refers to ground that is frozen year-round, located in areas such as the Arctic. When permafrost thaws, microbes break down the large amount of organic matter in the soil, releasing methane and CO2. There is approximately twice as much carbon stored in permafrost as there is carbon in the atmosphere—about 1460-1600 Gt.

The processes that control permafrost thaw are challenging to model, and much remains unclear about the potential of permafrost to contribute to climate change. Most of the climate models included in the Coupled Model Intercomparison Project 6 (CMIP6) used by the IPCC in its 6th Assessment Report do not include permafrost dynamics, but those that do show a positive feedback process: emissions from permafrost will lead to more warming, which will accelerate the release of more emissions from permafrost (IPCC AR6 WGI 5-66). Further scientific research and modeling is needed.

These En-ROADS Assumptions sliders also simulate the release of methane from clathrates (methane ice) which is found in the deep ocean. While this phenomenon was previously viewed as a potential tipping element, more recent research has concluded that large-scale release of methane from clathrates is unlikely in the next few centuries (IPCC AR6 WGI 5-81).

2. Melting of the Greenland and Antarctic ice sheets

Melting of the Greenland and Antarctic ice sheets will raise sea levels, with immense consequences for the millions of people who live along the coast.

To simulate greater or less ice sheet melt in En-ROADS than assumed in the Baseline scenario, go to Simulation > Assumptions > Sea level rise. 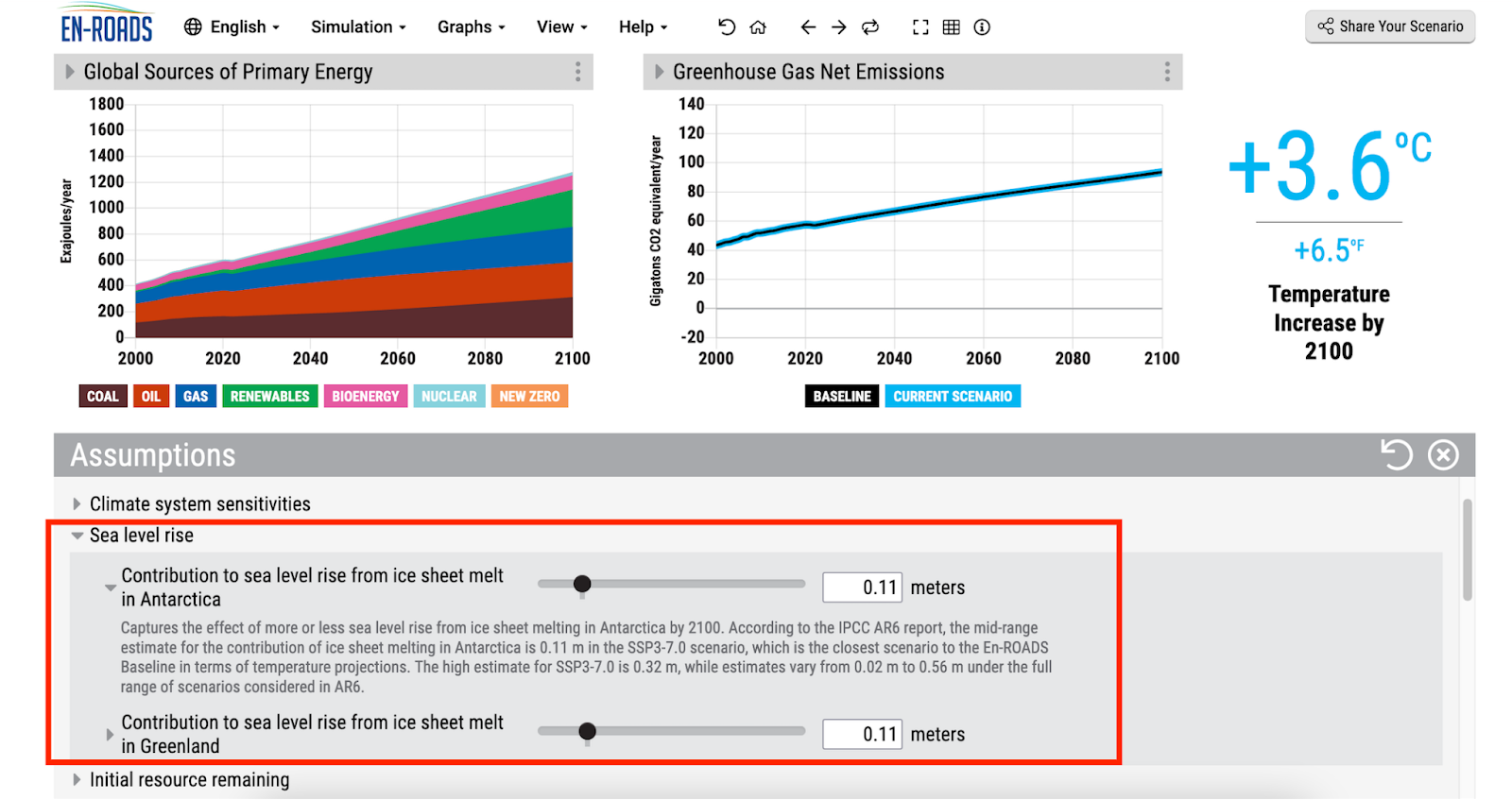 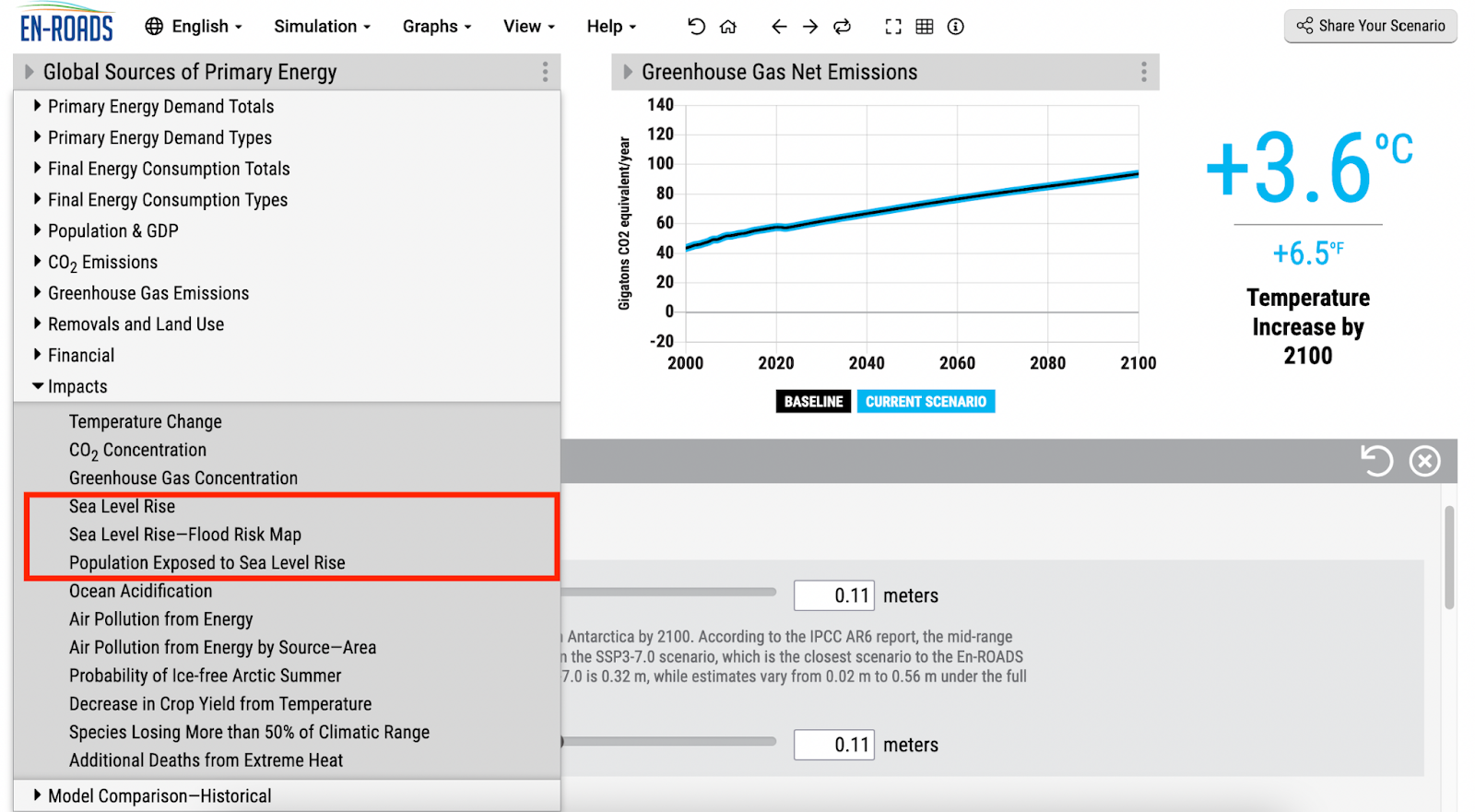 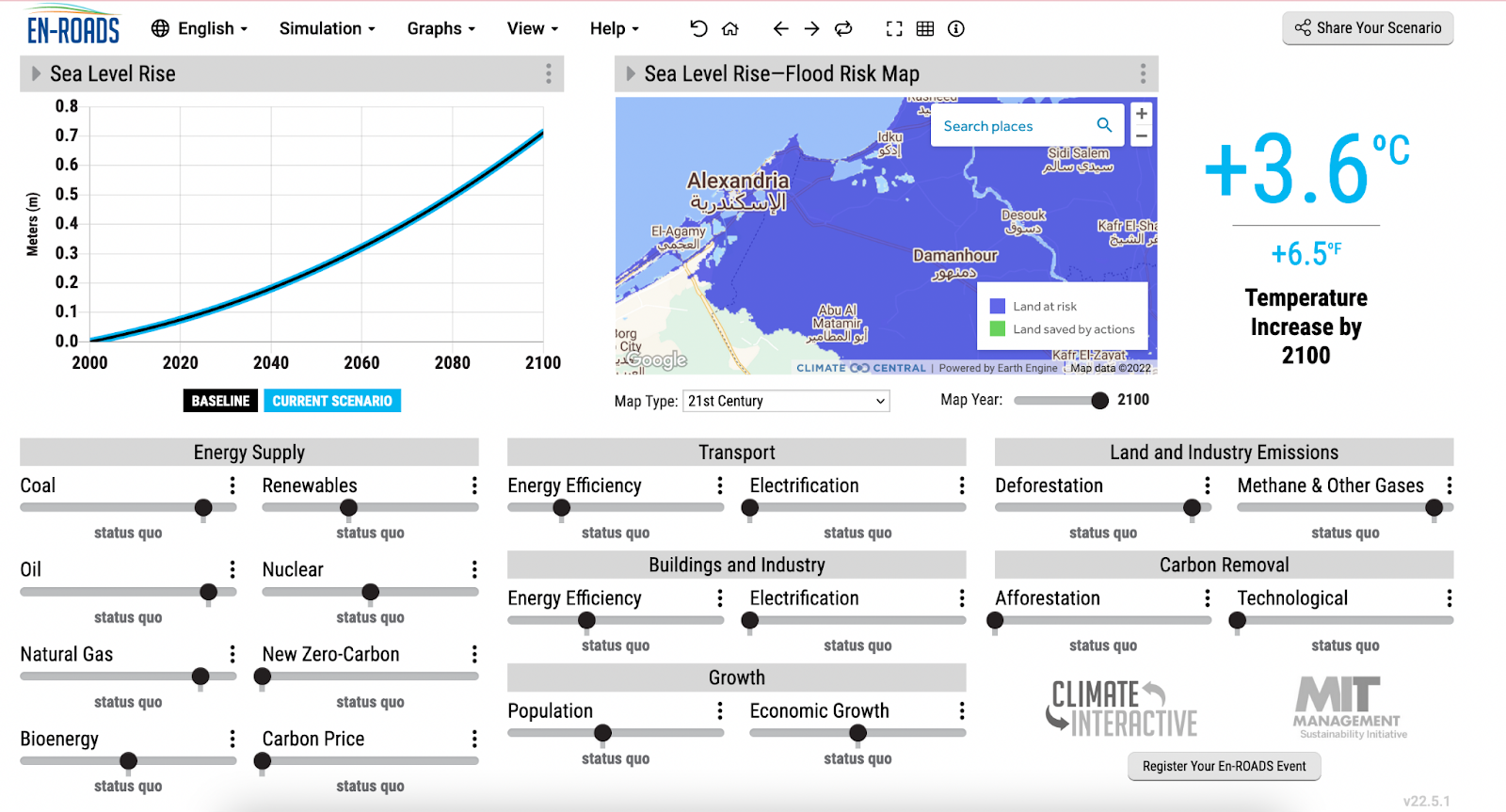 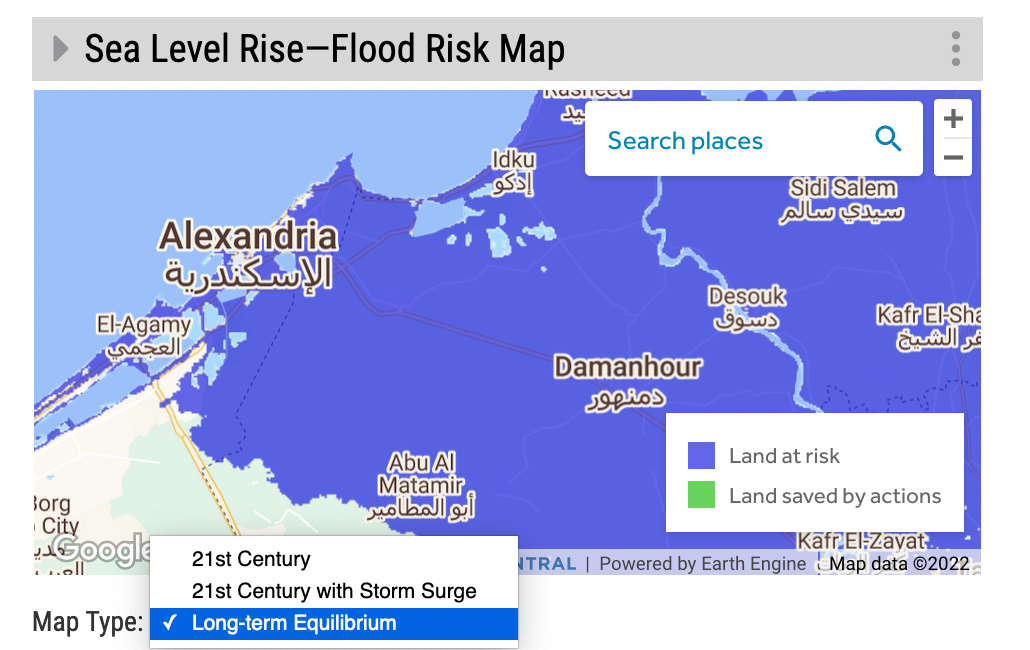 Significant melting of these ice sheets could also slightly increase global temperatures due to the loss of albedo and changes in atmospheric processes and water vapor. En-ROADS, however, does not capture this specific feedback to temperature from albedo.

Loss of Arctic summer sea ice is reversible and so not categorized as a tipping point, although the loss of albedo does increase warming. The impact of warming on Arctic sea ice can be viewed in En-ROADS under Graphs > Impacts > Probability of an Ice-Free Arctic Summer. Albedo is the ability of Earth's surface to reflect light back into space. Less albedo means that more energy is absorbed by the Earth, heating it further. The albedo effect from disappearing Arctic sea ice is included in En-ROADS in the equilibrium climate sensitivity (ECS) and in the non-greenhouse gas radiative forcings.

While this process won’t directly cause more warming, it will have major consequences for ocean life and the millions of people who rely on fishing for food and income.

En-ROADS does not model coral reef ecosystems, but you can use the “Ocean Acidification” graph under Graphs > Impacts to see the consequences of CO2 emissions on ocean acidity. CO2 dissolves into the ocean to form carbonic acid, decreasing the pH of the ocean (making it more acidic). This decreases the availability of carbonate, making it harder for corals to form their skeletons and shellfish to form their shells. In addition, warming leads to coral “bleaching” in which corals expel their symbiotic algae, which they rely on for food. Coral ecosystems are integral to ocean life, so their potential extinction has widespread repercussions.