Does the En-ROADS Baseline scenario include countries' future policies or NDCs under the Paris Agreement? Print

The En-ROADS Baseline scenario is not intended to capture current policy aspirations. It does not include the net-zero emissions pledges by China, South Korea, Japan, or the European Union’s Fit for 55 Plan, for instance, which have yet to be translated into binding policy.

To see the NDCs in En-ROADS, look at the Greenhouse Gas Net Emissions graph. On the top-right of the graph, click the three dots and select “Show UN Pledges (NDCs).” This will display a dot indicating the approximate level of emissions in 2030 if all countries were to follow their emissions reduction pledges. 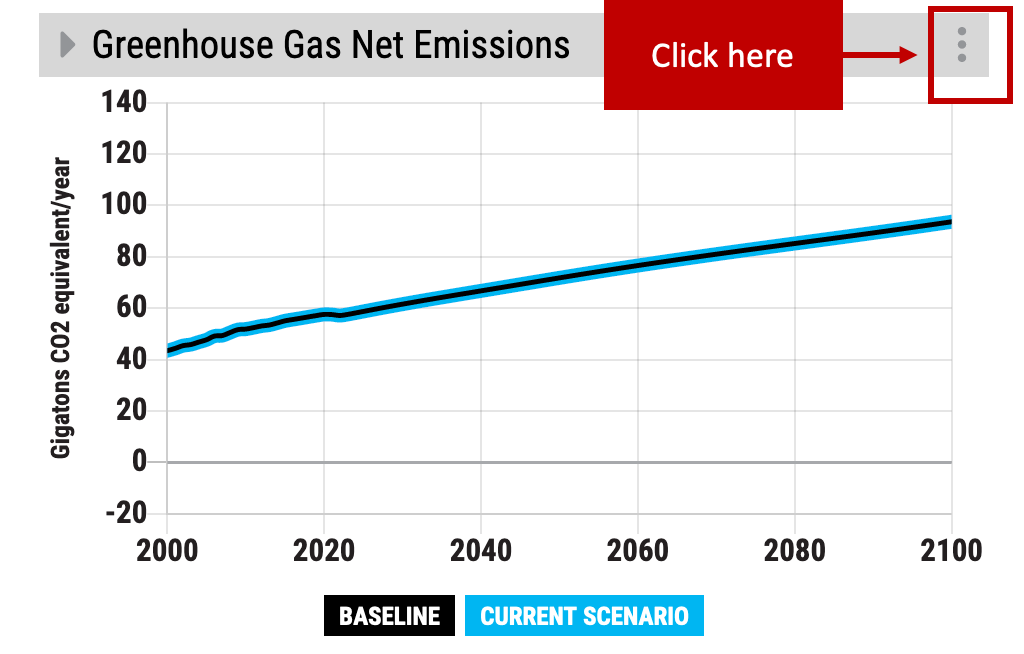 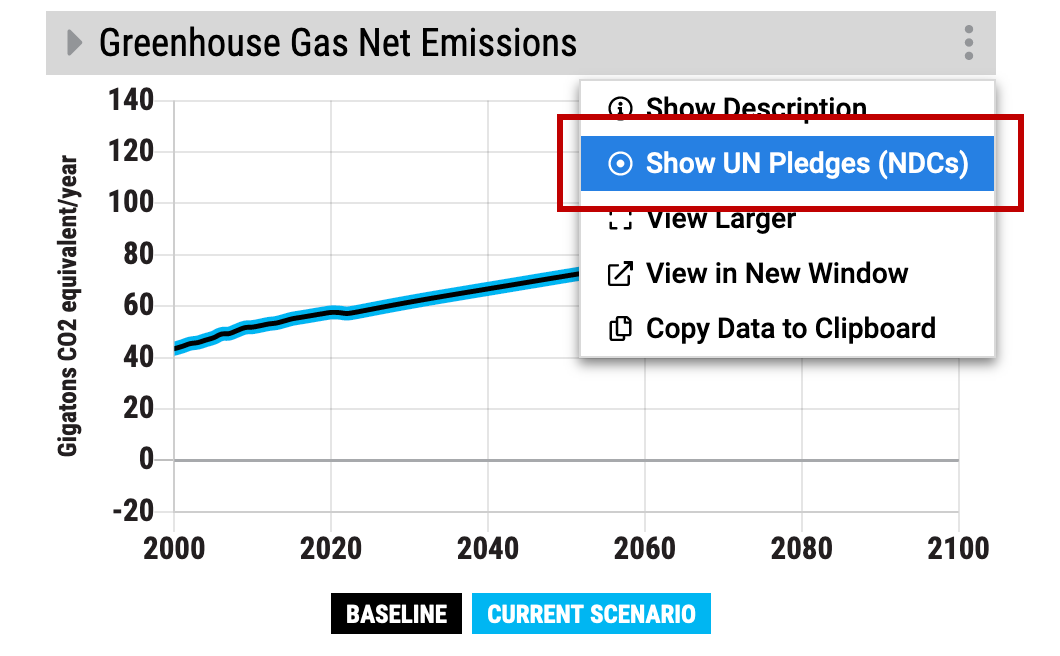 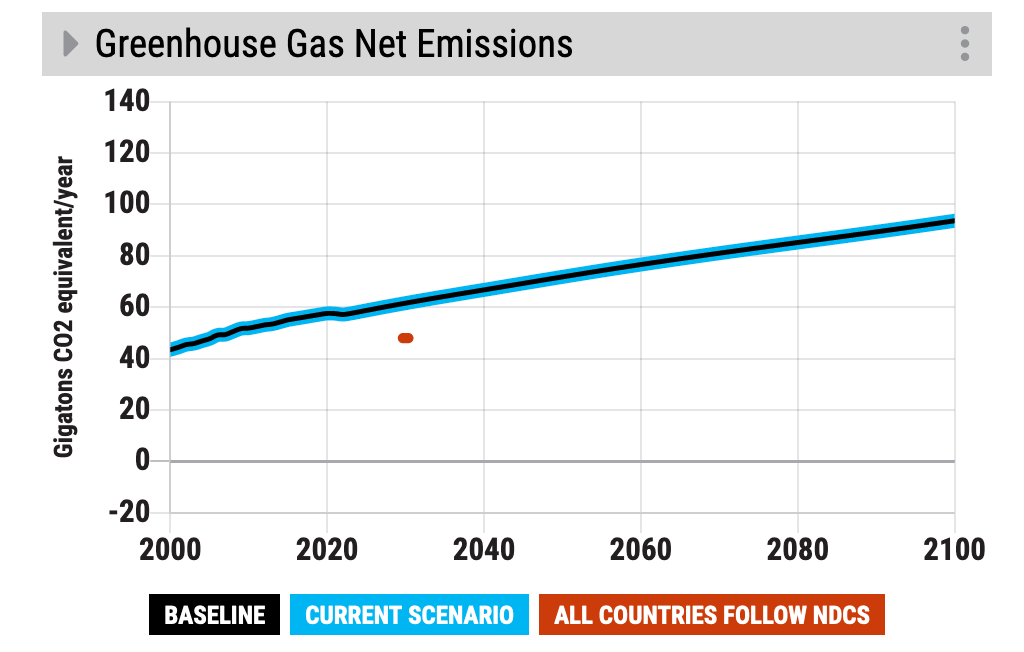